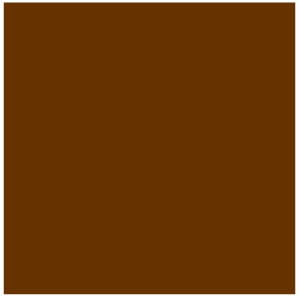 As a Generation-Xer (born in 1965, one year after the baby boom had ended), I can chuckle at my demographic cohort’s foibles and obsessions.  (Marcia Brady hit in the nose with a football!  Ha ha ha ha!)  However, this essay’s supposedly-humorous promulgation of the apolitical, socially-apathetic X-men and -women stereotype, as a way to remember “what came before” today’s Millennial/Generation Z/whatever activists, irritates me.  During the Eighties and Nineties, many Xers involved themselves in fighting racism, sexism, militarism, economic inequality, and other societal ills, though you wouldn’t have known that from the corporate-owned, establishment-friendly news media, including the Times, which has always found the status quo profitable.  (I myself wrote myriad letters to newspapers—published letters—during my younger days.)

Anyway, allegedly quoting members of my generation (“Patrick Bateman wasn’t available”), Blachor disses the heck out of us—well, the more well-off members; one guy contends that Xers eschewed voting because “we were all very busy going to law school and trying to get through ‘Infinite Jest.’ ”  Another guy had a different educational experience: “Sometimes I’d skip school to show how much I rejected, like, completely everything.”  (No mature, serious, politically-minded person would want to skip school for any reason.  School’s always an enlightened place.)  A woman says “Girl power!” and nothing else.  Yet another guy, when asked about social change, replies “Social what, now?”  Oh, and let us not forget Donkey Kong Jr., flannel shirts, Carrie Bradshaw shoes, and Starbucks.  What would a satirical Xer retrospective look like from the viewpoint of African-Americans (the Eighties-Nineties wars on crime and drugs decimated the black population) or gays (ditto with AIDS for their population during that period; even Mike Brady himself was HIV-positive) or radical feminists (bye-bye, reproductive rights, starting with Reagan)?

I did like this line: “In those day [sic], there were no red pills or blue pills. There were just chill pills.”

The Times, which epitomizes liberal bias according to right-wing critics, rarely interviews any left-wingers or progressives or even left-of-center centrists.  Instead, no matter which political party occupies the White House, we see endless column space devoted to red (not as in Communist) personages sharing their deepest thoughts on why Caucasians, the wealthy, and turning certain countries into radioactive parking lots freakin’ rule, man.  Times columnist Frank Bruni thus interviews the extremely non-blue political commentator Ann Coulter, one of the most prominent of disillusioned Trump supporters.  A yuge influence on his anti-(brown)-immigrant proposals, she praises that “coarse vulgarian” for ignoring “the opinions of Manhattan socialites” by depicting Mexico as the source of all crime and degeneracy during the campaign, then laments that “something switched Nov. 8. Suddenly it was: ‘Please like me, Goldman Sachs.’ ”  However, she thinks Trump can save his presidency by fulfilling his biggest campaign promise: building The Wall®, never mind that Mexico will never pay for it: “His voters absolutely do not care. It was just a fun chant.”  Anyway, “In 10 years, if we just stopped giving Mexico foreign aid, we’d pay for it.”  Of course Coulter, who considers racist sentiment “fun”, doesn’t mind slamming Mexico’s economy and harming its citizens; respectable American pundits always show blithe disregard for non-white foreign lives if those lives interfere with military and corporate objectives.

By the way, I recommend reading the expanded on-line version of this interview, where she contends she’d advised Trump not to let Jared and Ivanka advise him: “[W]hen J.F.K. made Bobby his attorney general, the press pulled its nose out of J.F.K.’s butt just long enough to criticize him for that.  We don’t like nepotism.  We’re Americans.  This is third-world behavior.”  Ah, the butt-slash-Third-World reference—talk about shithole countries, right?  Coulter and her (former?) hero, Trump, always return to that golden oldie, racism.

The Times’s Styles section occasionally prints somewhat grim essays from twentysomething and thirtysomething women bemoaning their prolonged virginity; examples of this genre include “Does My Virginity Have a Shelf Life?” and “My Virginity Went from Choice to Burden.”  Not every gal has enjoyed the privilege of sexual healing, the Times apparently wants to remind its well-adjusted (as in schtupping) readers as a public service laced with but-for-the-grace-of-that-pimp-daddy-God flattery.

Claire Almand herself lost her virginity at age thirty to “a middle school teacher” she “didn’t even particularly like”, because she thought she would die.  “Born with congenital heart disease, I had five major heart operations before I was 10 and have five minor heart operations since.”  Now a mysterious condition has sapped her of energy and caused her to lose “12 pounds”, making her look “awful”; fortunately, the teacher who would de-hymenize her thought she “looked thin and hot.”  All right, that line’s sort of amusing, in an ironic way.  Unlike the other virginity chronicles, Almand’s contains intentional, self-deprecatory humor, something welcome to alleviate the mental and emotional pain, at least for the reader; e.g., after telling us how she’s fallen for so many unattainable guys, Almand drily writes “So what I’m saying is I have impeccable taste in men.”  Also, during her first date with the teacher, it turned out “he didn’t know what a poached egg was.”  (“Poached,” ha ha ha ha, sincerely.)  And the essay sports one of the greatest concluding sentences in Times history (SPOILER ALERT): “And now I’m just like every other woman who’s had a penis inside her.”  Butt and penis, yes, in the same issue.

Also, the essay features a drawing of a woman with a giant circular hole in her chest, from the shoulders to the navel, providing a clear view right though to the other side.  I assume the drawing refers to (ANOTHER SPOILER ALERT) Almand’s condition, “a significant hole” in her heart, though the idea of a significant hole, in this instance, takes on sexual connotations.  (Ask Courtney Love—another Gen-X reference.)