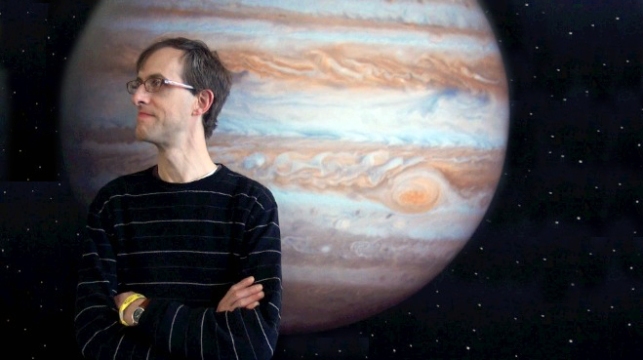 In April 2011, while surfing through Facebook, I happened upon the page of a Pittsburgh resident named Julie Sokolow: a musician and artist I vaguely remembered hearing about during the early Aughts; she’d released a low-fi, sort-of-folky album on a national label five years earlier, at age nineteen.  (I’ve since bought the album; you should, too, if you haven’t already.)  However, as I read her page, her directorial accomplishments–as in music videos and short documentaries–appealed to me more, especially after I’d seen a few examples of said accomplishments.  Thus, I e-mailed her, suggesting half-facetiously, but half-seriously, she direct a video about me to influence a female librarian whom I wanted to continue dating.  The right advertising can sell any product, or so I thought.

Anyway, having seen me around the city, Julie found me a splendid character; she suggested we meet to discuss the video idea.  So we met.  As it turned out, the librarian had zero interest in me, unlike Julie, who deemed me worthy enough to film over the next three years.

In 2015, she released the finished result: a feature-length documentary titled Aspie Seeks Love, about my diagnosis of Asperger’s Syndrome at age forty-one in 2006 (the same year she’d released her album) and how the above neurological condition has affected me, particularly in my dating life.  Critics and audiences worldwide (England!  Ireland!  Australia!  The U.S.A.!  U.S.A.!) have praised Julie’s film, and for good reason; everyone loves a slender, bespectacled artist who wears a beige, hang-glider-collared, one-hundred-percent polyester Seventies shirt repurposed as a jacket.