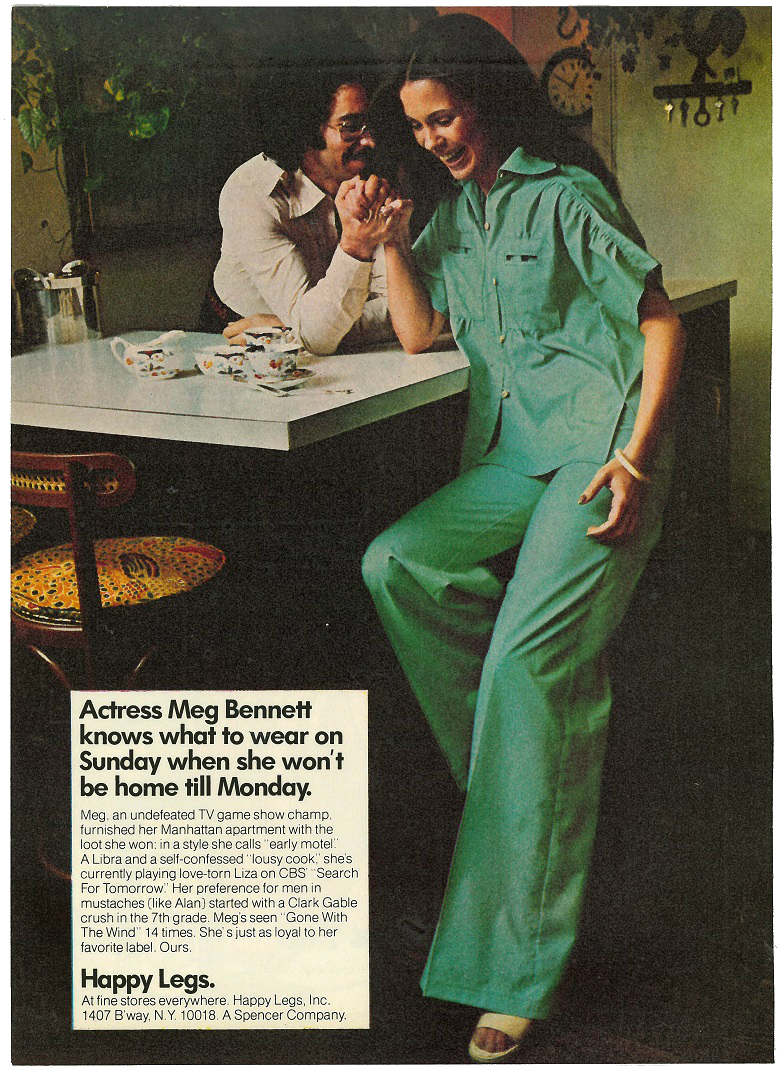 A laminated magazine ad from a folder packed with them that I found at a radical bookstore in Pittsburgh, December 2017.  Never mind the décor, the  astrology reference, or the gargantuan bell-bottoms; her arm-wrestling opponent Alan symbolizes the Seventies. 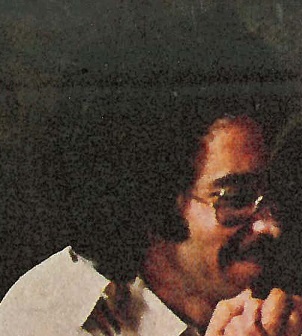 Note his ethnic, possibly black, appearance; if the latter, what did he think of Meg’s favorite movie, Gone with the Wind?  Even if he approved of that flick’s less-than-progressive racial content, he still would have had a tough time during the upcoming Eighties, that decade when people such as he would disappear from most publications, movies, and TV shows, because (according to the white supremacists who controlled the media) obviously Reagan’s rise meant the reemergence of WASPiness.–DVM, January 27, 2018, 2:49 PM EST