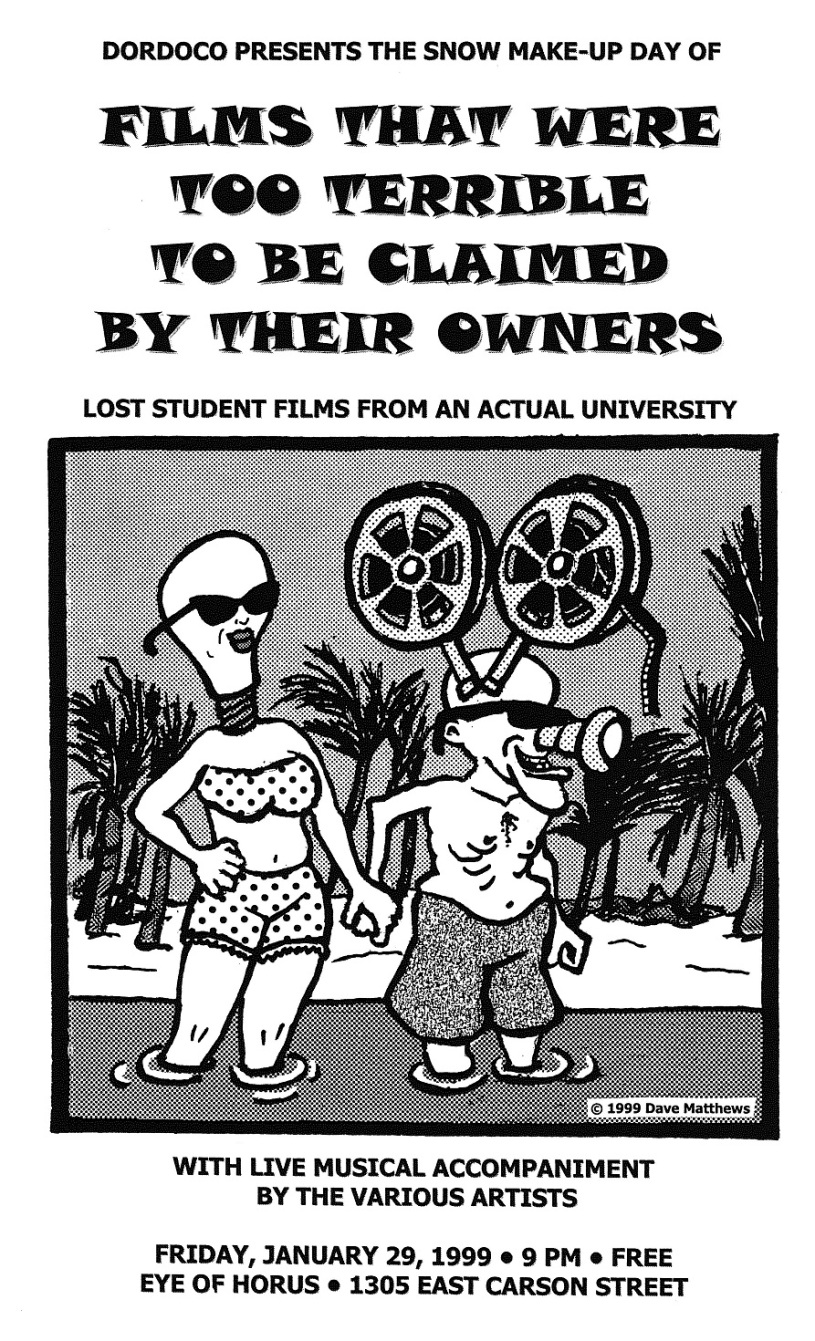 Films That Were Too Terrible to Be Claimed by Their Owners #3, 1999.  Ink on paper, 8.5″ x 14″.  The show title had originally been written on a label accompanying the films.  Also, re. Dordoco: at the time, my friend Gordon Nelson and I comprised a droney, psychedelic musical group called Dordophonic (a.k.a. The Various Artists) for this event, an event that a huge snowstorm had originally cancelled.